The board that underpins the Sabertooth isn't a fancy-pants high-end item, and it is clad in frankly fairly cheap plastic panels. Premium features like a debug LED readout, hardware power buttons, V-check points?

You get none of that stuff, but here's the thing: Practical concerns Let's kick off with that cladding. It does actually serve a purpose: Then there's the metal brace on the rear that keeps the board flat and trim. ASUS SABERTOOTH Z87

Both are genuine boons if you plan to keep and run a ASUS SABERTOOTH Z87 for the long term, making it that little bit more likely to keep on trucking. Asus claims it helps to keep components cooler by better managing airflow. In the open state the air generated ASUS SABERTOOTH Z87 the CPU's fan is directed over the VRMs - the slits surround the CPU socket open - while when closed any air is funnelled down the entire length of the heatsink.

The plastic valves do feel a mite fiddly, mind, so metal would have been a better bet. The TUF Z87 has a reassuring heft to it on first handling.

The board weighs 1,g and, for the first time, has a strengthening plate on the back that Asus dubs 'Fortifier. Look across the board and Asus has played it safe when changing models. The expansion-slot layout is the same as Z77, meaning no archaic ASUS SABERTOOTH Z87, while the three x16 graphics slots all take their bandwidth from the CPU.

ASUS SABERTOOTH Z87 This tells us that while it supports both quad-SLI and quad-CrossFire the implementation isn't absolutely optimal from a performance perspective. Aside from the cooling the TUF comes across as a mid-range board in most other respects. 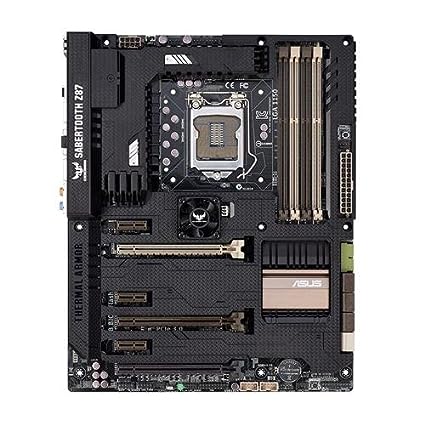 The large heatsinks preclude enthusiast features such ASUS SABERTOOTH Z87 debug LCD and voltage-monitoring points, but Asus does include a handy boot-to-BIOS button at the bottom. Drastically boosts airflow and cooling with dual fans and a smart shunt design that directs hot air away from critical components. 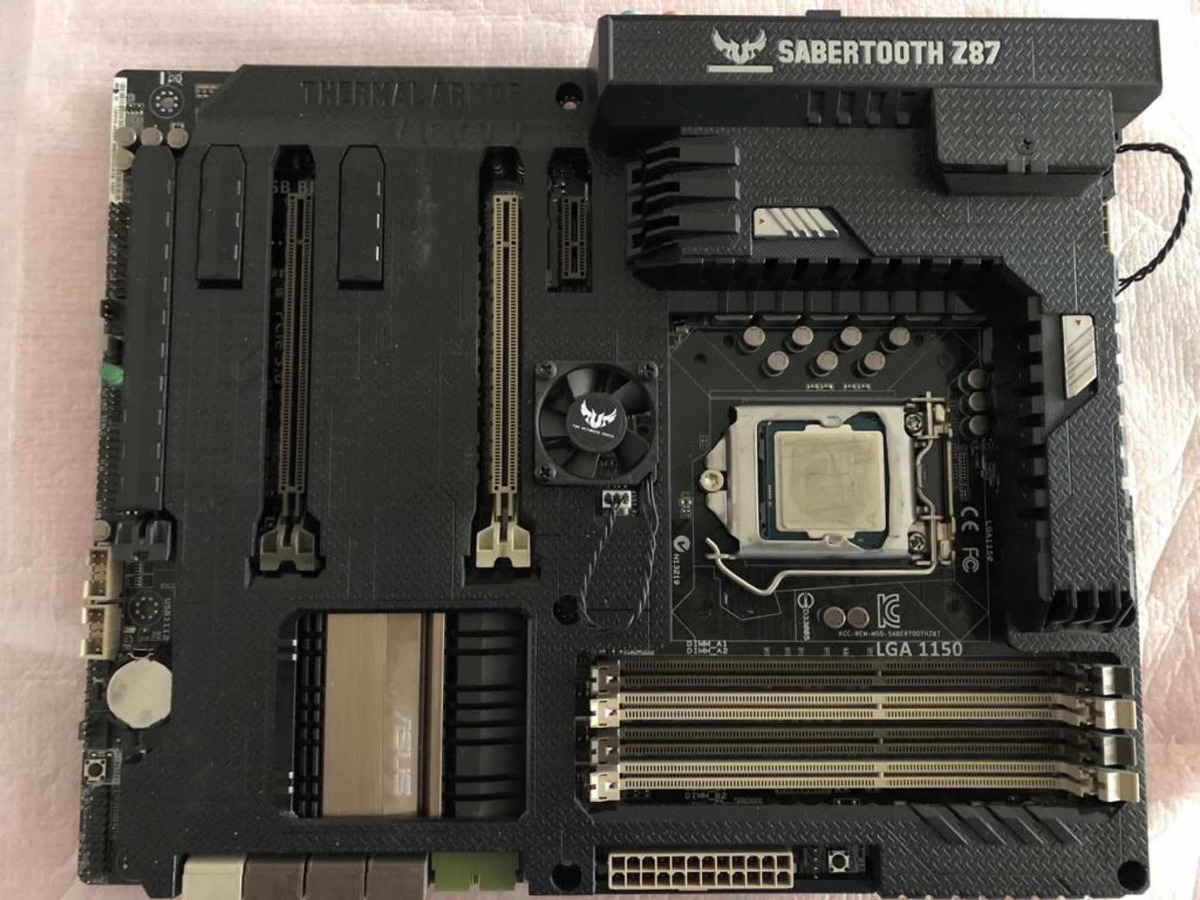