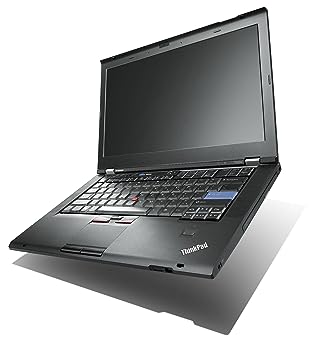 The port layout has significantly changed to allow an increase in available ports and even a few new types of connections. Once opened, ThinkPad fans will notice that Lenovo finally centered the screen, so no more thick bezel on one side and a thin bezel on the other.

Another change is the shift from a two-piece palmrest and keyboard Lenovo ThinkPad L410 Integrated Camera on older models to one-piece design that is stronger and has fewer gaps to squeak. The bottom has also changed—with a user-access panel being the biggest addition—to let users install more RAM or a wireless card without tearing apart the notebook.

Build quality is a touchy subject for anyone familiar with the ThinkPad brand and how it has changed over the years. Any change to the sacred ThinkPad is seen as negative, even if it results in a stronger notebook.

The good news is that overall the redesigned chassis in the T still feels as strong as ever … but the bad news is a few specific areas did lose some strength compared to past ThinkPads. The screen lid seems weaker on the Lenovo ThinkPad L410 Integrated Camera side which allows pressure applied to the lid to show through as distortion on the LCD.